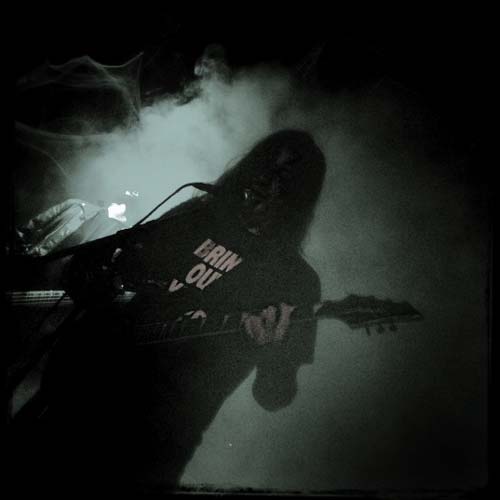 IDOA plays relentless political death metal/thrash/crossover! Hailing from the crumbling metropolis that is Los Angeles, IDOA formed in 2007 as a studio project before taking to the stage starting in 2010. A long hiatus began in 2012…

But the metal fire began to rage again in 2018, and now in 2020 we are officially back with four new singles.

Matthew Williams (guitar, backing vocals): Hailing from the icy climes of Minnesota, Matt is also the lead vocalist of fellow death/thrashers Delphian, who appeared as the band God’s Cock in the Mike Judge movie Extract.

Jeff Subauste (bass): This San Bernardino native’s hardcore/punk backgorund was crucial in keeping IDOA’s tunes razor sharp. He has played in a diverse variety of bands, including Euthanazia, Mad Temple, and Fox and the Red Hares.